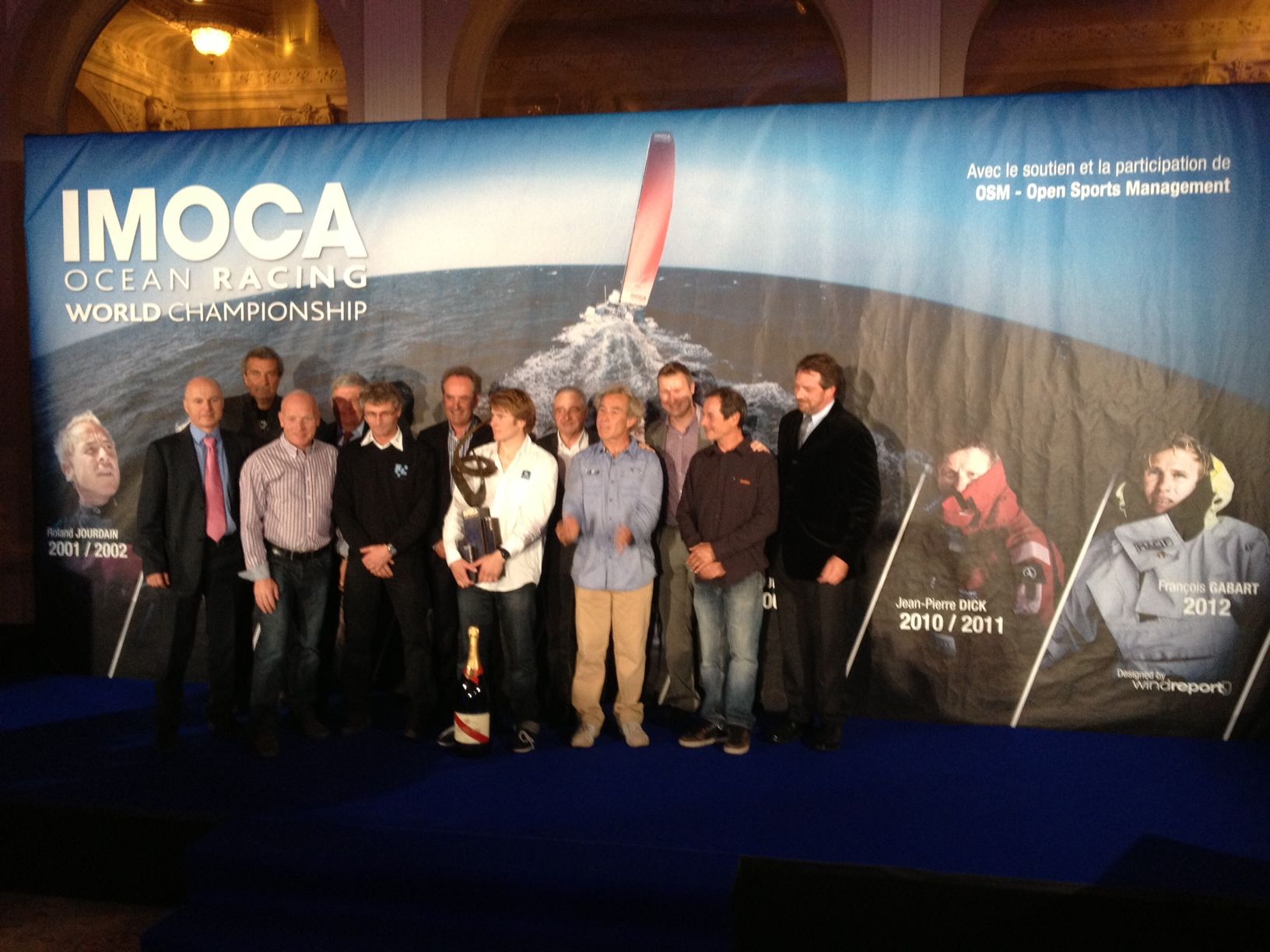 Ronnie Simpson checks in after a long flight to Switzerland; he’s there throughout the weekend to share IMOCA’s big changes with you.  Photos from Christophe Launay (via iPhone).

There is no more challenging sailing circuit on the planet than the IMOCA circuit. AC 72’s, Extreme 40’s, Volvo 70’s, TP 52’s, you name it. They all look bitch compared to the prospect of sailing an ultra-extreme 60-foot monohull around the planet non-stop by yourself.

And no one does it better than Francois Gabart. The 29-year old Frenchman not only won the Vendée Globe, but he also set a new 24-hour solo monohull record and monohull circumnavigation record in the process. If that wasn’t enough, he added a win in the prestigious Transat B-to-B race and a 2nd place in the Europe Warm-Up, which includes solo, doublehanded and crewed legs. All told, no one on the planet can sail an IMOCA 60 like Francois, and that’s why he’s the champ. On Friday night in Lausanne, the young MichDesj protegé, earning his ride through an intensely competitive skipper selection process, was awarded the 2012 IMOCA World Championship. Francois is the youngest sailor to ever win this title.

And Sailing Anarchy was live on the scene to grab this report. Flying non-stop from San Fran to Paris and then to Geneva, I arrived in Switzerland severely jet-lagged before hitching a ride to the Beau Rivage Palace in Lausanne. 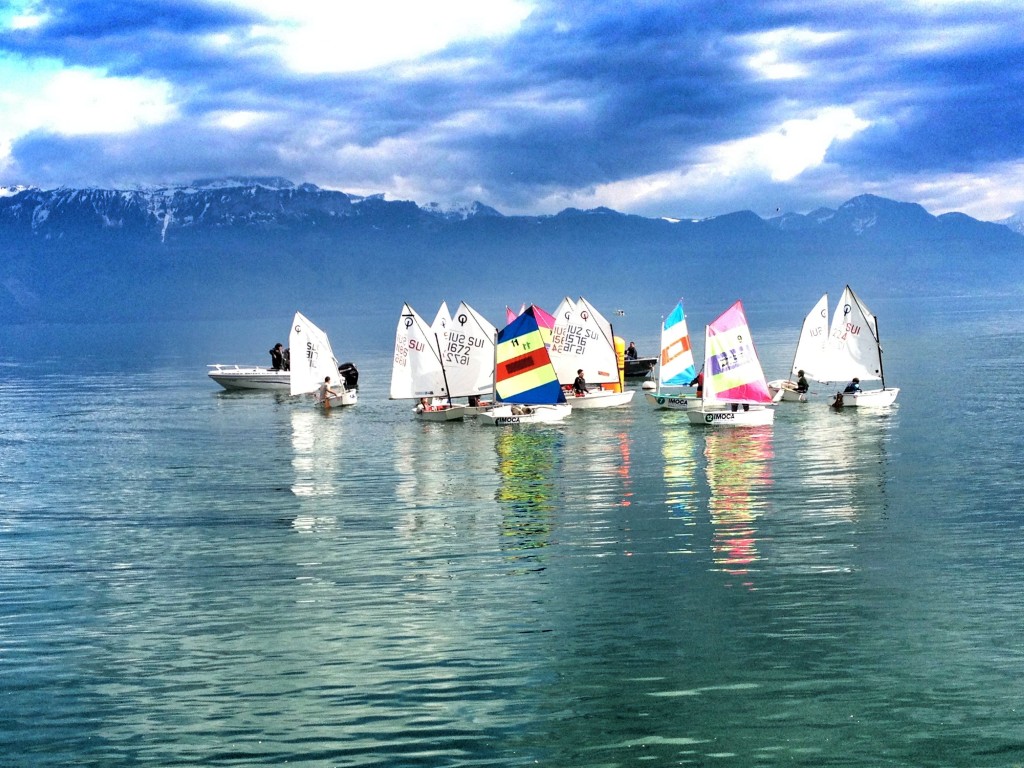 Chatting up Hugo Boss skipper Alex Thomson along the way, I arrived in Lausanne just in time to watch Alessandro di Benedetto, Mike Golding, Roland Jourdain and more compete against a group of kids in Optis before the prize giving. Some cheating took place, Golding protested a 12-year old and a grand time was had by all with Lake de Lausanne and the snow capped Swiss Alps in the background. Even more beautiful than the ridiculously picturesque postcard setting is the love of sailing that permeates the entire scene. Kids are sailing with and against their heroes, a new World Champ is being crowned and sailing history is being made as Open Sports Management prepares to bring the IMOCA class into an even more international and prosperous light. For someone as passionate about solo racing as me, the energy fills me with goosebumps.

After the Opti regatta, the crowd moved into the ballroom of the famed 5-star palace to continue the celebration. On stage were previous IMOCA World Champs Roland Jourdain, Bernard Stamm, Mike Golding and Marc Guillermot, while Armel Le Cleac’h, Jean Le Cam and Jean Pierre Dick gave previously recorded video tributes. Sir Keith Mills of Open Sports Management and IMOCA class president Luc Talbourdet came together to outline the future vision and direction of the class before presenting a gracious Francois Gabart with his well-earned trophy as World Champion.

It’s incredible to watch Francois grow. 6 months ago when I first met him, he was the young protegé, the hopeful, the newcomer. Now he is a champion. Not just of the circuit’s premier race, but of the entire championship. He has matured immensely in just half a year. Gracious, energetic, humble and calm under pressure, Francois displays the character of a true champion. He has proven himself on the world’s grandest stage and has become a global representative of not just the class, but of the sport. And what a representative he is; young, charismatic, brilliant, and very conscious of his new role.  So bravo, Francois! We raise our glass to you tonight in Switzerland and around the world. You’ve earned it and you’ve inspired a future generation of champions.

Tomorrow is a major IMOCA class press conference and Sailing Anarchy (Anar-chee in French….) will be live on the scene to bring you the latest and break down the IMOCA class’ new rules regarding one-design keels and rigs, a greater international presence and an increased calendar of events.  Stay tuned.

the rise of the machine