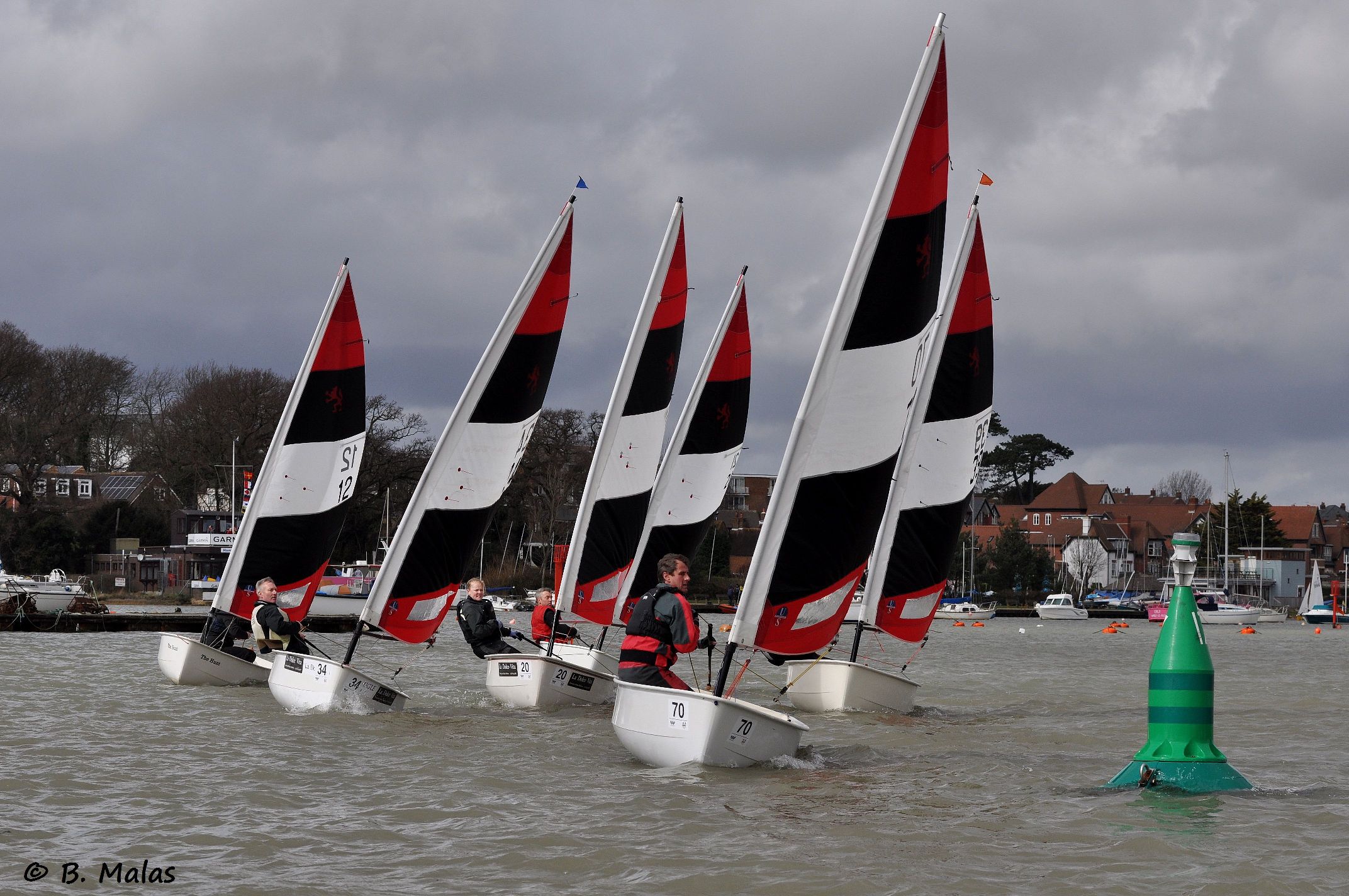 The weather Gods were not smiling for the Warming Pan, held for the 51st year at Hamble River Sailing Club on the South coast of the UK over the 3rd weekend in March. Full marks then to the 62 boats that braved the frustrating conditions, unable to work hard enough even to get warm. But however trying it was for competitors and race team alike, even conditions such as these reward the skilful, and the final prize list was like a Who’s Who of UK sailing.

On Saturday a large low centered over Southern Britain welcomed competitors with driving rain and 40 knots of wind. Seemingly miraculously, a front cleared the area with 30 minutes to the first start giving good racing in light to moderate winds. As suspected the wind picked up for the afternoon giving the rescue teams a fair amount of work, but nevertheless all competitors returned in time for the rugby match having had a great days racing.

Sunday dawned wet and windless, and what winds there were went from East to NW and back again in the two hours before the off. Hopes were raised when it came in for a while at 20 knots from the SW, but by start time it was back down to 5 knots and boxing the compass once more. The culprit was a little secondary low sitting over the top of us, totally ignoring desperate pleas from the race box to shove off East to allow us a steady wind, until that is the last race was over, the skies cleared and the longed for steady NW arrived.

In the Albacore class the legend that is Mike McNamara lost only one race to record a win at the club where he began his amazing career. The Camm’s were similarly dominant in the National 12’s, whilst Ann Jackson and Alan Skeens in the Enterprises and the Sherringtons in the Fireflies had done well enough to sit out out the last, very cold, race and still win. The familiar names of Richard Whitworth and Sarah Bines headed the Merlin fleet who this year attended on Sunday only due to a clash with another open on the Saturday. Second place in the Merlin fleet was occupied by Steve and Sarah Cockerill who seem destined to bring even more interest to this booming class. Last, but not least comes the phenomenon that is the Hamble Foxer fleet where in a hotly competitive 18 boat fleet Volvo legend Rob Greenhalgh won overall pipping brother Peter into 2nd place, whilst at least one multiple World Champion couldn’t even make it into the top 3!

Full marks should also be awarded to the dozens of volunteers from Hamble River Sailing Club who persevered all weekend to provide a warm welcome to visitors in some very trying conditions.

Next year Hamble River SC plan to run the Warming Pan on the 15/16 March 2014. The plan is to have all classes racing on both days and the club will try and book better weather!

in it to win it