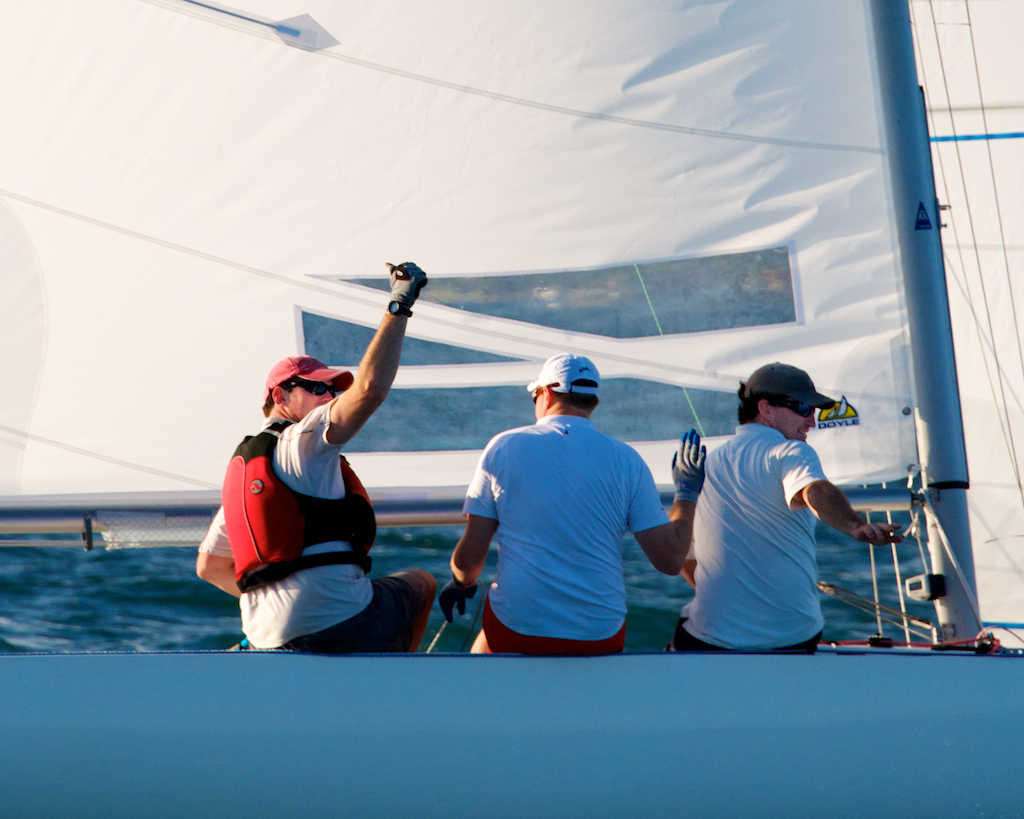 When Senet Bischoff, who grew up at the Coral Reef Yacht Club, decided he wanted to buy a racing sailboat with his friend Ben Kinney, they didn’t have to look far to find a competitive class. Senet and Ben, who team race together in now in NYC, wanted to find a boat they felt was, according to Bischoff, “the most competitive keelboat with a spinnaker.” They with third partner Colin Gordon, decided on an Etchells and named it KGB (the initials of their last names). They’ve been campaigning the Etchells in Miami and New England since 2007.

Some would argue there are more competitive keel boat classes, but with 60 boats loaded with talented racers on the line in Miami last weekend, Bischoff’s argument is validated. Bischoff, a full time lawyer, is no slouch when it comes to sailing. He was a two-time all American at Tufts, college sailor of the year, and a winning team racer with Kinney now at the NYYC. The Etchells gives his team the chance to “play with the best in the sport, and race against a lot of our old friends,” Bishoff said. The openness of Dave Ullman, Jud Smith, Jeff Madrigalli, Eammon Delisser, really helps with figuring out how to make the boat go fast. And finally, Bischoff said, “we don’t have bend over and hurt our backs to hike.”

KGB came into their first Jag in 43rd place and over the years have continued to improve. For this Jag Season, arguably their best, they knew Kinney would be out for the last two regattas to have a child and thus sailed with different crew. They’ve used Jay Kehoe as a coach for their team and this past weekend, Jay was aboard with Olympic team member Stu McNay.

The conditions of the Etchells MidWinters this year tested the mettle of the most versatile sailor. Bischoff said they saw “every possible velocity” over the three day event, from a shifty 3 to 7 knots up to 18 knots on Saturday afternoon, where a lot of the competitors were “just hanging on,” according to coach Larry Suter. In that race, Peter Duncan, sailing with Jud Smith and Tom Blackwell, thrived in the pressure, soundly won the race and ultimately the event. 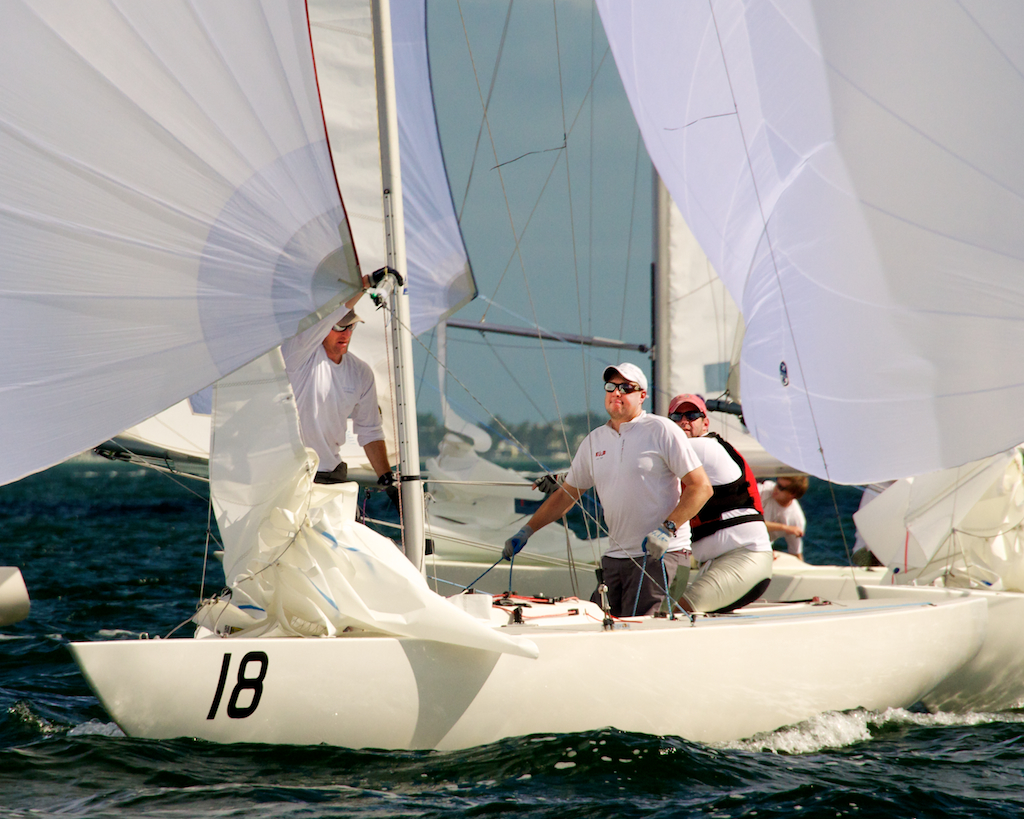 The tuning on the boat for the KGB team brought on a whole new ball game, different from team racing and dingy racing. And tuning becomes critically important, as well as sail selection, in a regatta where wind ranges so widely. Nevertheless, Suter said, the only way to have a shake at a top finish is to get off the line in a clean lane. They progressively improved over the weekend and finished the regatta in 15th place, 5th overall for the Jaguar series.

Next up for the team is the Etchells Nationals in Miami and then the Northeastern circuit of five regattas, which includes the Etchells North Americans in Newport. – Paige Brooks. Photos.