the tribe is speaking 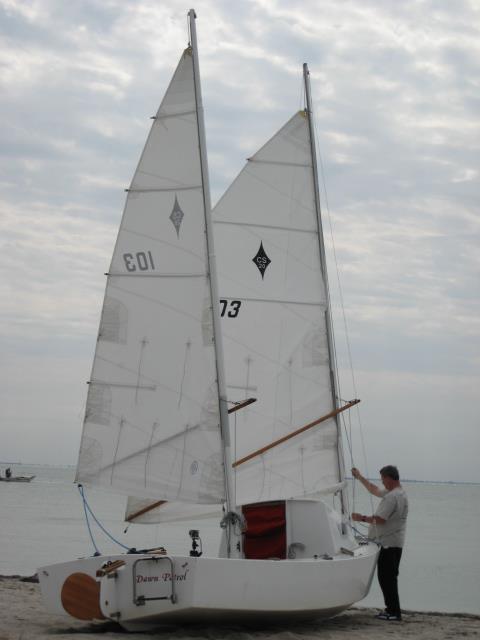 It’s already been an epic year for the Watertribe Everglades Challenge, and it’s not even half over. The challenge so far has featured record breaking performances, heroic stamina, capsizes, rescues, breakages, exhaustion, strong winds, high seas, cold rain and most importantly the remarkable people that flock to Florida every March to participate in this exciting event.

This year featured the largest starting field ever, with over 100 boats lined up on the beach at Ft. Desoto, near St. Petersburg, FL to race down to Key Largo, nearly 300 miles away. The challenge is unique in that it includes everything from stand-up paddleboards, to kayaks, to monohull and multihull sailboats of all descriptions running down the same course at the same time. Everyone wants to do well, because it is a race after all. But just finishing is quite an achievement. In last year’s event less than 40% of the boats on the starting line made it to the end by the deadline eight days later. Attrition is a major force in this challenge that has to be overcome by every racer.

The race started at 7 am Saturday morning with the racers having to push their boats down the beach unassisted from the high tide line to water’s edge. The forecast was for strong 20+knot winds from the N and SCAs, but mysteriously it calmed down right before the start and everyone launched in light easterlies. Later in the afternoon the winds picked right up to their forecast levels with the predictable carnage. There were several broken rudders and one Prindle 19 sailor had to be rescued by the Coast Guard off of Venice when his boat capsized and sank.

Pre race favorite Randy Smyth had a great run going on the first day when, hours in front of his next competitor (anarchist JustAnotherSailor) he drastically slowed down off of Ft. Myers and limped to the beach with a broken junction between one of the amas and the aka of his high tech trimaran SIZZOR.

The surprise of the event so far has been the dominating performances the team of Paul and Alan Stewart (tribal names DanceswithSandyBottom and SOS) and the team of Phil Garland and Dan Neri (SambaSailor and Sailsalot) on their plywood Core Sound cat ketches. This is after years of multihull victories for line honors. The downwind run they had this year really suits these boats and the teams drag raced each other down the course, never more than 30 minutes apart.

They arrived at the final checkpoint last night neck and neck, but it was the Stewarts who used their vast experience to it’s greatest advantage when they departed Flamingo to cross the treacherous and shallow Florida Bay at midnight while Garland and Neri waited for daylight. DWSB/SOS arrived at the finish at 7:02 AM this morning, which was nearly nine hours faster than the previous monohull record and one of the top five fastest finishes of all time. What’s even more remarkable about their record is they lost one of the masts on their Core Sound 20 only five miles from the finish when they snagged their spinnaker halyard on a channel marker.

Sambasailor and Sailsalot came in second, finishing at 2:34 pm after a very efficient crossing of Florida Bay. They were also faster than the previous record time set by Graham Byrnes in 2007. There is still a lot of racing yet to do and quite a few anarchists out there to cheer on. See the thread in the forums or follow along on the Watertribe site.  – John Bell, aka MisterMoon.