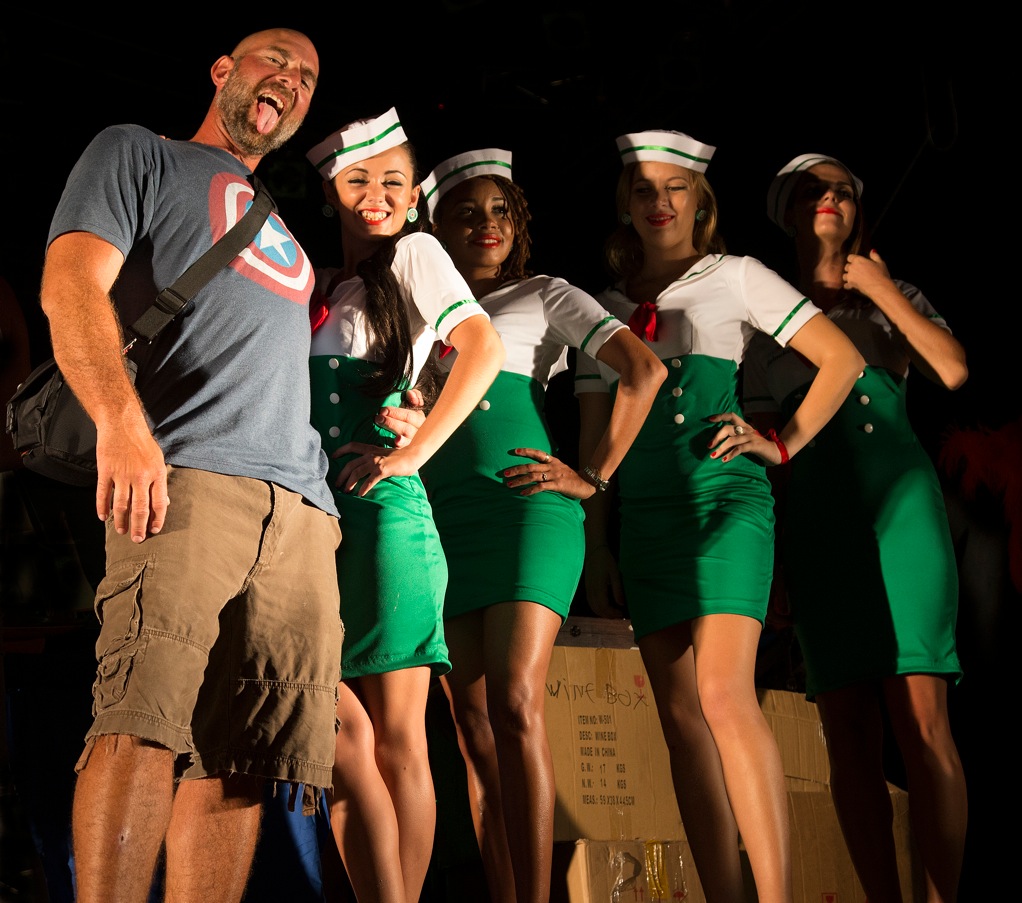 Clean Report: I wouldn’t have retired if it was my call.   The Heineken’s sailing instructions are a joke, with marks rarely corresponding to the colors or locations laid out in the labyrinthian SI pamphlet, and there was no logical reason for that mark to be there.  Half a dozen boats went the wrong way around that mark or an even more confusing set of marks earlier. Some retired, some went on to win their class, and given the silliness of the RC situation, I think either call was the right one.

No boat protested us, and given the un-serious racing here at the Heineken, nobody gave a crap.  But Jaime Torres is a far more ethical person than me, and the owner/driver of the Melges 32 Smile and Wave didn’t even think about it once the crew of the new-to-them Melges 32 Kick ‘Em Jenny explained how we screwed up the course.  He grabbed the dinghy, motored over to race HQ and withdrew, giving up an extremely hard-earned 2nd place in the hotly contested Sportboat fleet.

The organizers awarded Jaime and the Smile and Wave team the first-ever Heineken Sportsmanship Award for doing the right thing and generally winning a lot of fans for our mostly noob/mostly Puerto Rican team..Jaime was off sulking so of course I went up and grabbed it as well as some Heineken girls! More stories to come later from the best parties in all of sailing. Photo captured thanks to Richard Langdon/OceanImages.co.uk.