Our pals at Doyle NZ check in with some of the sail tech behind Sean Langman’s Team Australia trimaran, which set a Sydney to Hobart record last week. 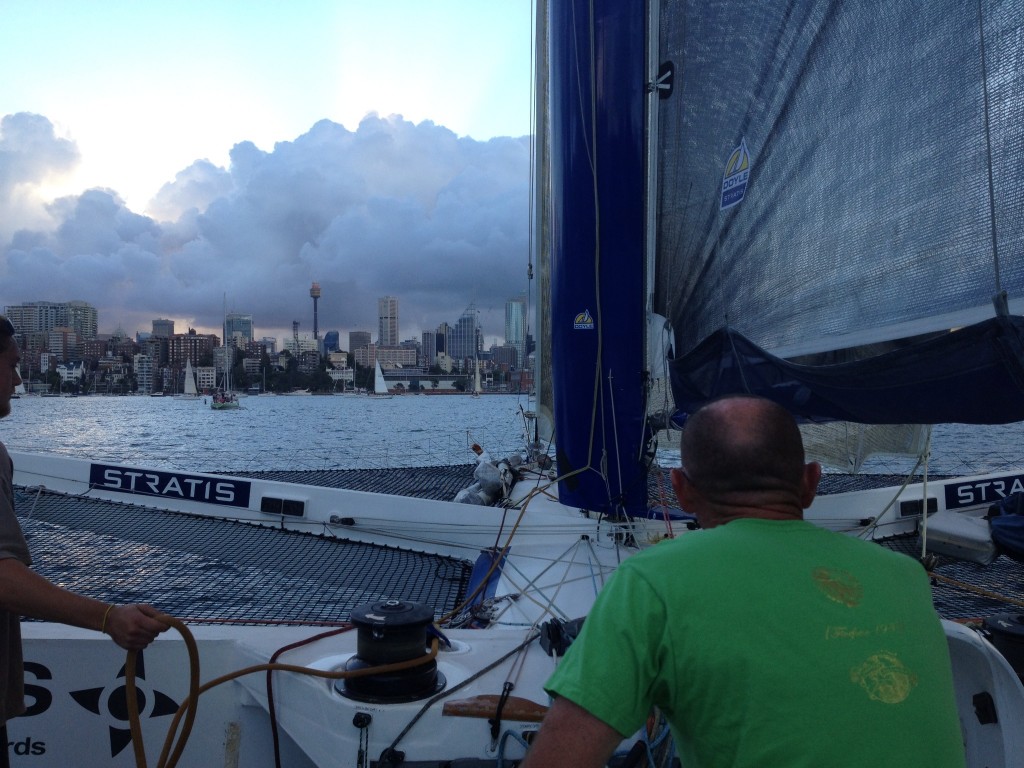 Having made the decision to try for the Sydney-Hobart record with his impressive Orma 60 Trimaran, Sean Langman approached Mike Sanderson at Doyle Sails to discuss the possibility of working with them on a new STRATIS offshore main. The sail had to be light, incredibly stable to endure the high loads, but also very rugged due to the rigours of offshore sailing. This would be the first time that Doyle had supplied sails to the yacht, and was an exciting new relationship. Time was short and so Team Australia and the Doyle Sails design team, led by Richard Bouzaid, worked tirelessly on every small detail to make sure that the sail was perfect for the attempt.

It was a great prospect for Doyle to be involved with and they worked with Sean and supported him on the resource side of the challenge. The result achieved was a fantastic outcome. “It was a really good effort by Sean and his team,” said Chris McMaster, MD of Doyle Sails NZ. “Sean has a lot of experience along that coastline and this, combined with the right boat, sails and crew, really paid off.” McMaster flew to Sydney before the passage to help set up the mainsail on the boat, just two days before they departed.

Sails designer Richard Bouzaid had this to say about the project. “We put in a lot of engineering study on how heavy the main should be and what was required for the loads on the boat. We ran a full FEA of the structure and found that our loads in certain areas to be particularly high. We set the fibre orientation to ensure there was no distortion as these sails go through quite a big twist variation,” said Bouzaid. “The sail has our standard GPx carbon compression structure which adds substantial stability to the membrane. The end result was an incredibly smooth and stable sail that remained that way throughout all the reefing scenarios and tests that racing challenges like this present.” Bouzaid concluded by saying, “ The sail performed as the modelling showed that it would, which is what we would expect these days.”

Full of praise for the STRATIS main, Sean Langman said: “Without doubt the new Doyle STRATIS offshore mainsail provided to Team Australia was key to our success. The new main was bent on three days prior to our team’s assault on the Sydney Hobart world mark. The main fitted beautifully and performed straight out of the bag. I am looking forward to further adding STRATIS to our wardrobe.”