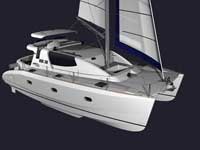 From IBI News:  A boatbuilder in Najomtien, Thailand, has had his records and computers seized in an investigation by police over allegedly defrauding yacht buyers. RB Power & Sailing was raided last Wednesday by the Department of Special Investigations. (Take a look at their website – seriously, would you buy anything from these guys? – ed)

According to the Pattaya People, police said ten “tourists” who had purchased boats from RB Power & Sailing had complained of “bait and switch” tactics by the company. The police told the paper that the buyers had complained that the boats did not match prices advertised on the website, and that they were charged much extra in order to take delivery of the boat. According to Pattaya One, the company is alleged to have bilked 40 clients since 2008. Read on.