Clearly there is something wrong at the Pineapple Cup, with just 10 entrants filling this legendary race course for last week’s slide to Jamaica.  Can it be saved? Should it?  The wild success of the RORC Caribbean 600 (which starts today with a record fleet of 53 boats) argues that it can, provided the organizers put even the slightest amount of work into promoting their race – something they just didn’t bother with this time around. Meanwhile, Chris Museler is currently the world’s best sailing journalist, and we’re glad to have him as a daily reader and occasional contributor to our own site.  Here’s the New York Times and Outside Magazine writer’s take on just what makes the Pineapple Cup so spectacular.  Like video? Here’s one from Dragon’s trip. 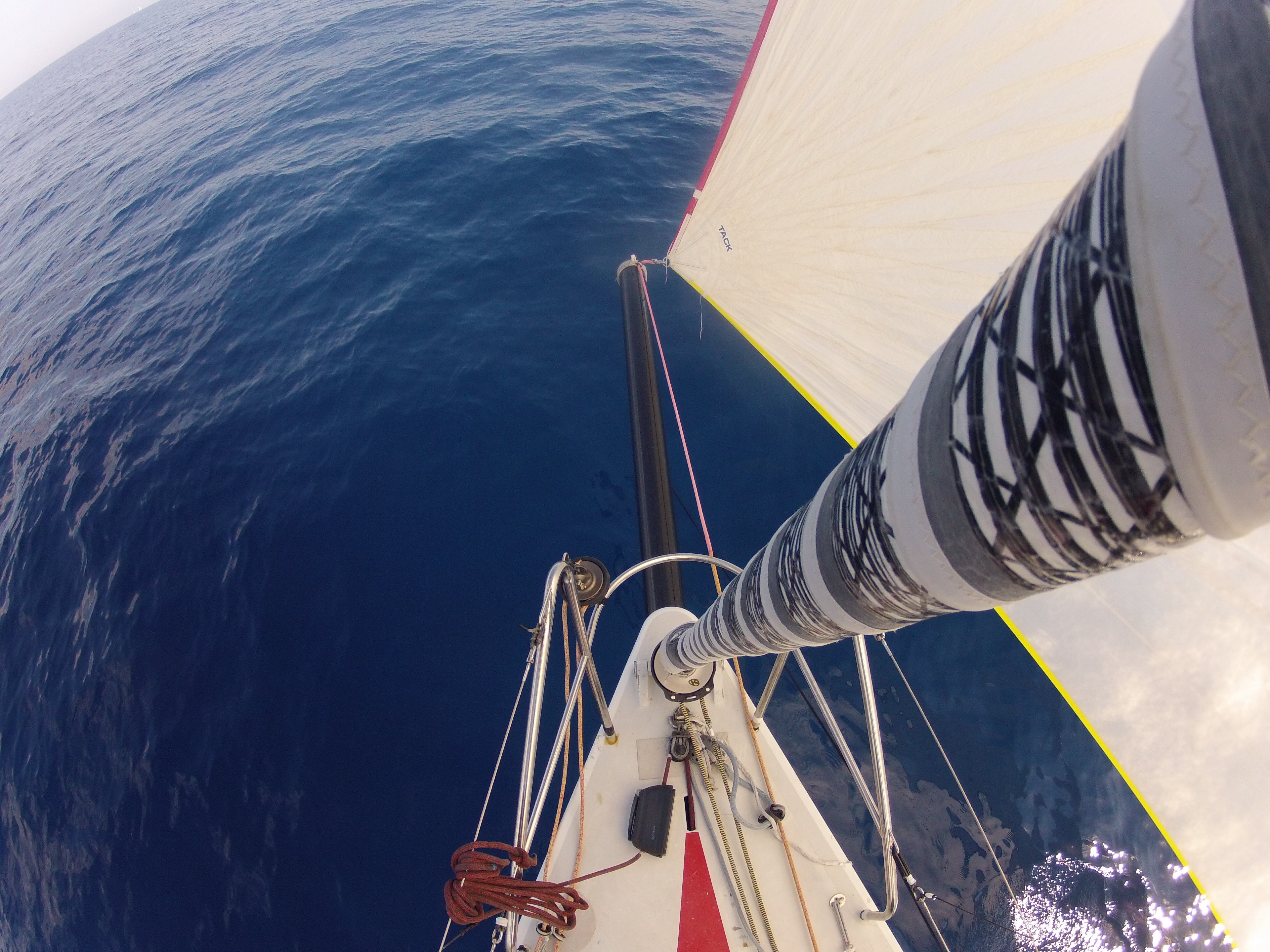 Ocean racing is something I revisited in my life when I began freelancing in 2004/05 when I raced in the Rolex Transatlantic Race aboard an 84′ yawl from 1939. Since then I have been able to experience some amazing pieces of water around the Atlantic theater. Offshore courses were chosen for many different reasons over the decades but I would have to say that even though the location and timing is less convenient than most of the major races, the historic Pineapple Cup from Ft. Lauderdale to Montego Bay is by far the best stretch of water any sailor can race upon.

I was fortunate to sail in this race last week aboard Michael Hennessy’s Owen&Clarke Class40 Dragon. We sailed with five crew which is quite crowded for a doublehanded boat with water ballast. I won’t bore you with too many details, but first and foremost, the perfect analogy for this race is doing a never ending windsurf or kitesurf downwinder in the Gorge, or off the Molokai Channel or any other long stretch of perfect ocean you have seen from the plane: pure, perfect angle, at speed, with warm water and sunshine for as long as you feel like it.

The icing on the cake with this event is the ridiculous history you join when you participate for the first time. When the Southern Ocean Racing Conference was the king of coastal racing circuits in the 1970s and ’80s, this race became the stuff of legends. One fifth generation Jamaican told me, “A young man named Ted Turner laid on his back at the end of that dock right there, looked up at the stars and said, ‘One day we’ll be transmitting everything from up there,’” predicting an eventual communications and TV empire.

There’s more of course including the chapter of Jim Kilroy’s new book KIALOA US-1: Dare to Win about the battles between his maxi and Windward Passage when that class was the pinnacle of all yacht racing. The images of two giants rounding Guantanamo Bay with clouds of sail in the firing trade winds are what made dreams for generations of now top sailors.

Unfortunately the other winter events in the Caribbean are more than 1,000 miles upwind from Jamaica. And the rising popularity of the heavily marketed RORC 600 in Antigua and others in the Eastern Caribbean have made the Pineapple Cup fall off the radar, with 10 starters this year. If you are interested, however, in just simply sailing a perfect course in a significant part of the world (beam reach down the entire Bahamaian chain, round Cuba and slide through the Windward Passage the “right” way), than join the history of this race, it was truly the most special and enjoyable ocean race of my life. Even the small, ice-cold bottle of Red Stripe I was handed at the Montego Bay Yacht Club tasted like champagne, perfect!

leader of the (small) pack