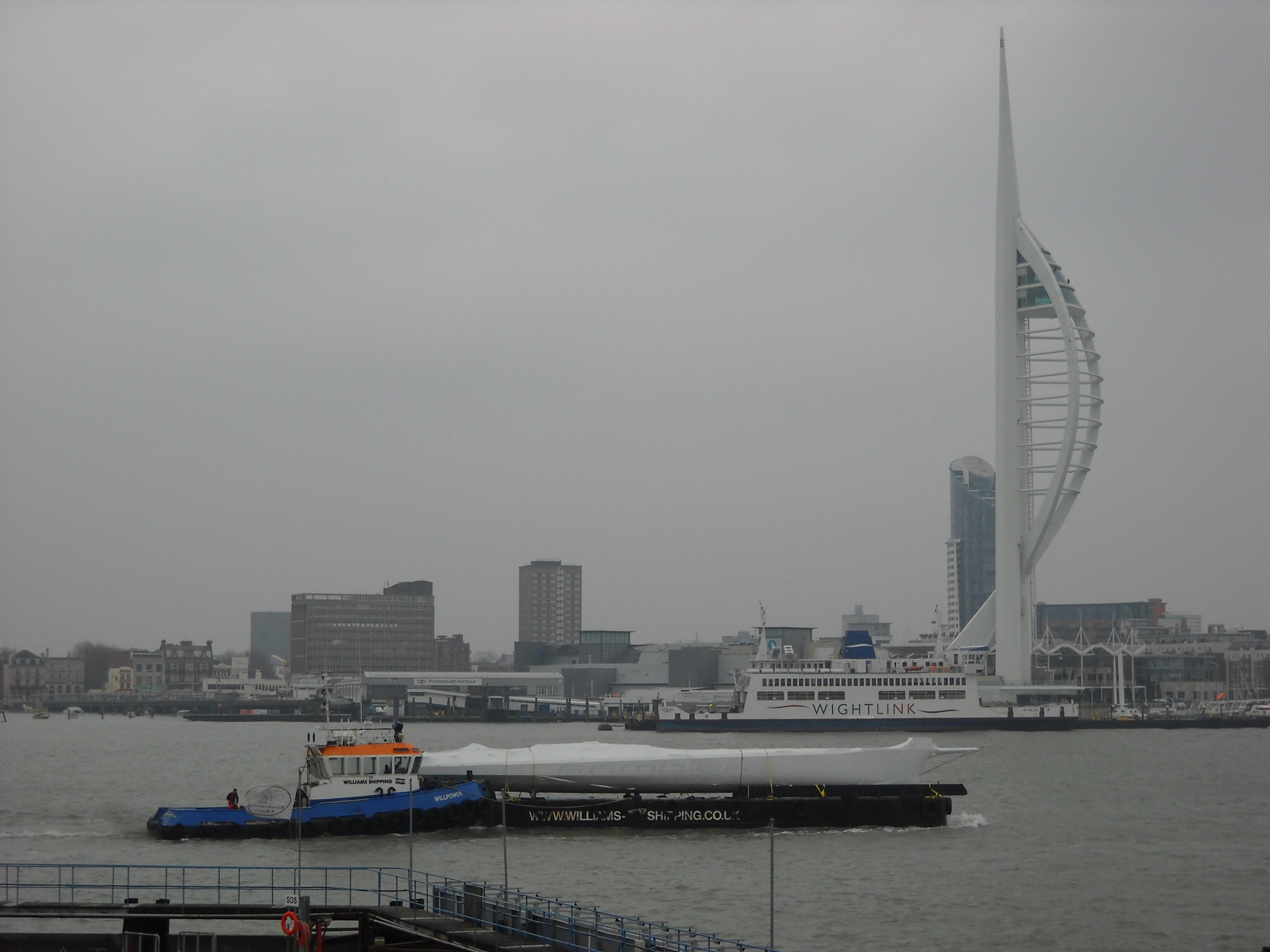 We’ve been hearing rumors for months now that an Aussie biznessbloke had his eye on a ‘100-footer to end WOXI’s reign’ over the Sydney-Hobart race, but with no custom build in the works that we could find, it was all a bit of a mystery.  With news trickling in that her insurance issues had almost been cleared up and photos popping up on Facebook of the Speedboat/Rambler 100 on a southbound barge, it’s all starting to make sense.  Next stop: Line honors?

UPDATE:  SA’er ‘point’ writes that the Speedboat is headed to NZ before Sydney, and the buyer is Investec Loyal boat partner Anthony Bell, though ‘point’ suggests the Bell purchase may be a cover for Neville ‘Croakie’ Crichton of Alfa Romeo fame.  As most remember, Crichton’s big Alfa Romeo II was chased from the Line Honors rivalry when perpetual rival Bob Oatley built the all-conquering WOXI; has enough time gone by for Croakie to take another shot?  Or will Bell and LOYAL partner Sean Langman pool their talents to take on the big dog in 2014?  There’s no doubt that Speedboat would destroy WOXI in a reachy, breezy race…if she finishes.  And given her track record, that’s a big if.  Be sure to keep abreast of the entertaining Speedboat thread for news on the meanest monohull ever built.

Update: “Just a quick note so you can update your info from a recent article. My Name is Anthony Bell (Investec Loyal), I have not been in partnership with Sean Langman since 2010, and While Neville Crichton is a great mate and Mentor, I am not fronting a possible new campaign for the Speedboat for him.”