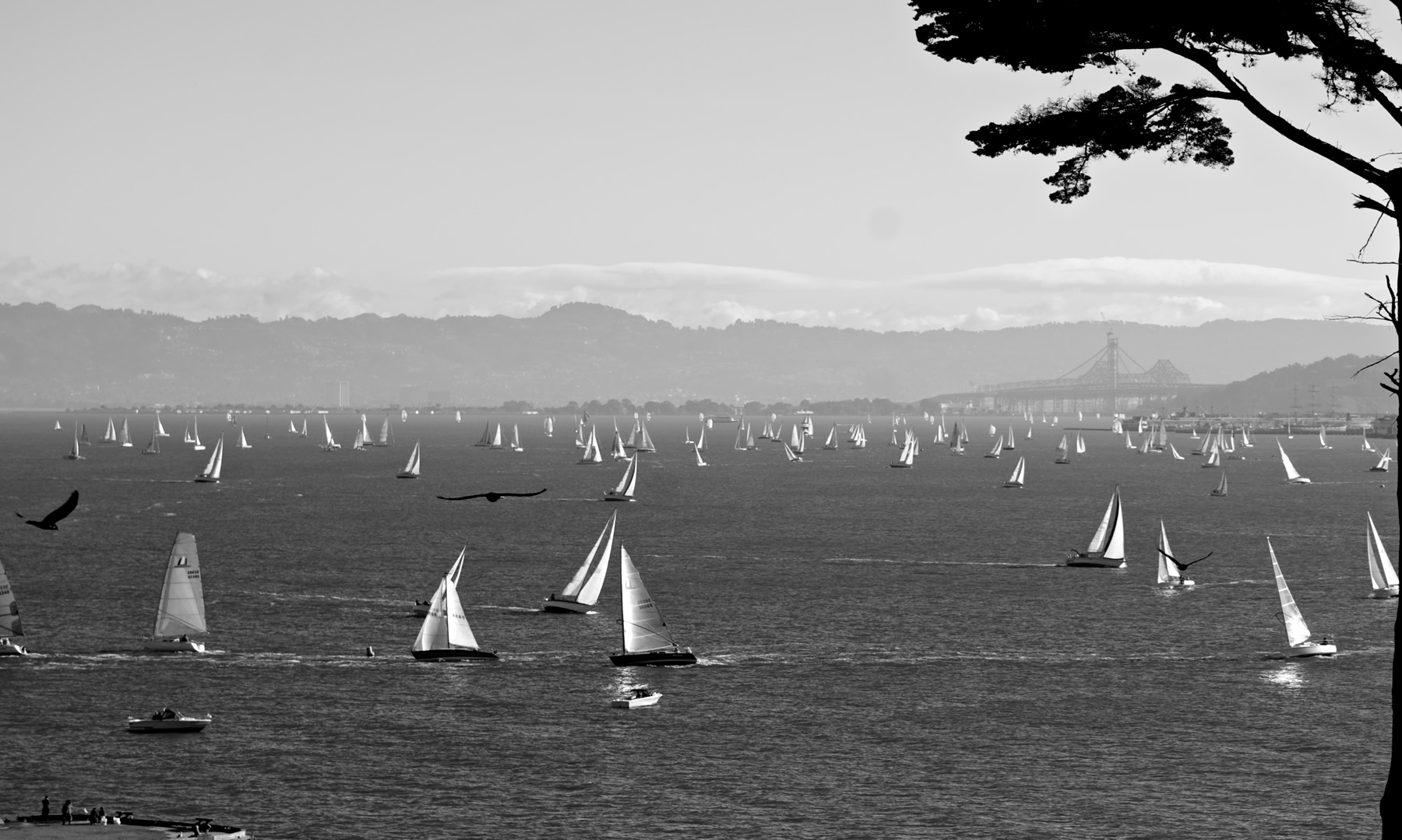 Three bridges, two people, one boat. That’s the Three Bridge Fiasco. Actually it can be sailed single or double handed and is the kick off for San Francisco’s Single Handed Sailing Society’s race season.

It’s a sight to behold, the entire bay dotted with boats going this way and that. We wish it were like that every weekend. This is certainly the biggest race on the bay, thanks to a wealth of available crew, the second largest is the Corinthian Mid-Winters when many skippers bring new sailors to come out and try their hand racing with friends for a day.

305 boats crossed the starting line this morning off the deck of the Golden Gate Yacht Club in a dying flood tide. Approximately two-thirds of the boats decided to round Blackaller (the Golden Gate Bridge mark) first and then head to either the Yerba Buena Island (Bay Bridge) or Red Rocks (Richmond San Rafael Bridge). Conditions were a chilly 10-15 knots at the start, though the wind faded to a whisper behind Angel Island for boats heading to Red Rocks.

Twenty-nine Moore 24s always the bellwether for boats behind them, split almost 50-50 East West from the starting line leaving everyone starting later to flip a coin and decide which way to go. Entries, results, and interestingly, tracks once the race is done, can be found here. Chime in on the NorCal Sailing thread here.  – Paige Brooks.

Speaking of ‘frisco, there’s this. – ed