I just read your article about Simon Evans (OG aussie) and my stomach dropped. I have a great photo of Simon from the BDA race, but recalling the story I had to write it out: 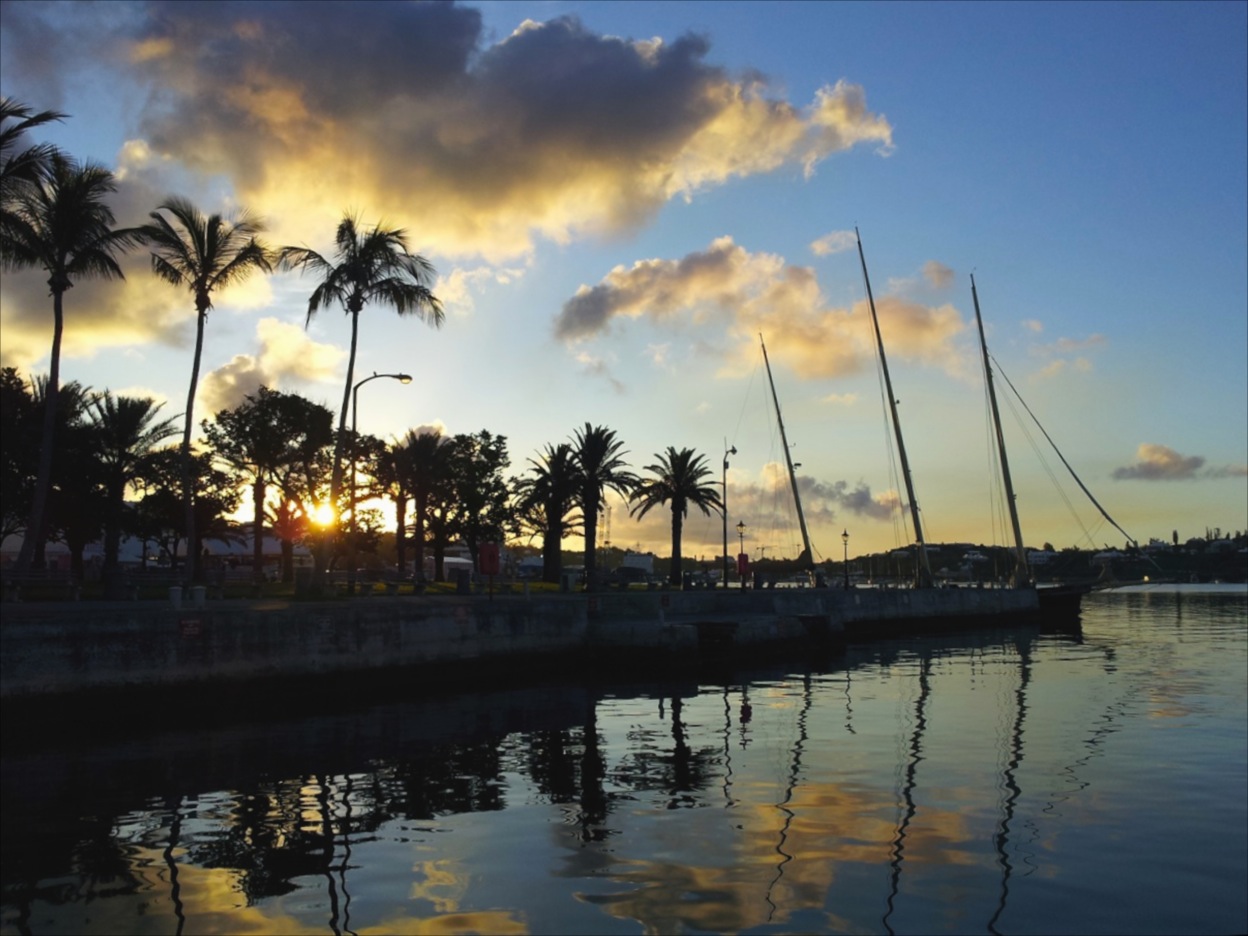 I knew Simon Evans for all of a morning but the memory was the highlight of my 2012 Bermuda Race. There’s an undeniable magic about that first sunrise seen from land after days at sea. It was 6 AM. A young man was passed out across the Royal Hamilton YC’s tile patio and the open-air bar was in full swing serving new arrivals.

I’d been off the boat for an hour and the sun was just starting to peer over Hamilton Harbor. I walked down from the patio and stood next to a large framed man in jeans and a T-shirt staring out at Spirit of Bermuda and the breaking dawn. The lights were still on in the public park. I took out my cell and snapped a single photo. It was a perfect, serene moment and the gruffness of the stranger’s voice caught me off guard.

“Hey Mate.” he said, “let me see that shot.” An Australian in Bermuda! He cradled the phone with his massive hands. “Now that’s a beautiful shot,” he said. “Truly. I’ll tell you what. If you send that photo to my wife right now I’ll buy you drinks all morning.”

We spent the next three hours on the patio. He shared stories about growing up in Australia, a lifetime sailing, and how more recently his bad joints were keeping him away from distance racing. He was captivating. Larger than life. The details have faded but more than once he said, “That was my last ocean race, Mate. That was a 100 year ride.”

When he spotted Jim Hahn across the patio he started grinning and sort of whispered, “That guy, right there, I haven’t seen in 20 years… The last time we sailed together I almost knocked him out!” Whatever happened at sea, they were like two brothers reunited ashore. By now it was almost 9:30 AM. I thanked him for the conversation and let the two catch up on their own. I never saw Simon again.

It was an honor to share that first sunrise at his side. Simon Evans was a real gentleman. Listening to his stories and watching him with Jim made me appreciate how this sport and the people you sail with are for life. My condolences to his family and friends. I’m glad he got his 100 year ride. – Sam Greenfield.

in it to win it