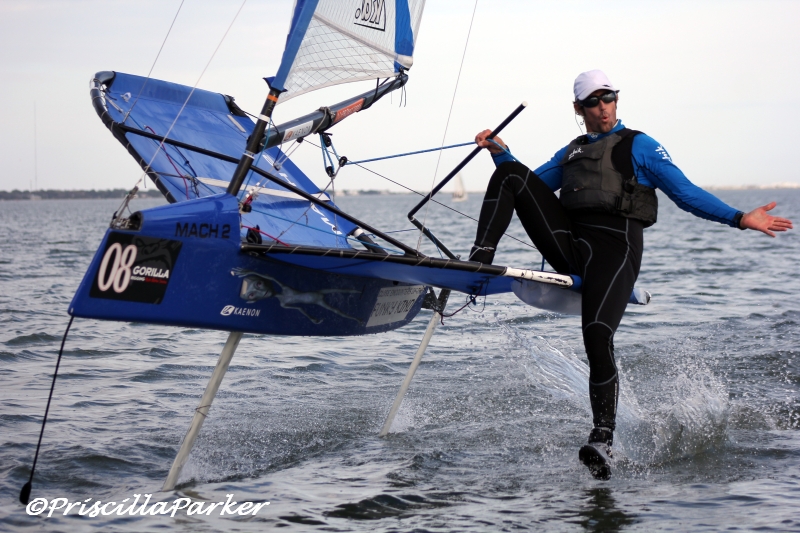 You may remember the Mothies making their winter “Moth Camp” home in Miami the past couple of years, but 2013 brings a change of scenery to Moth Camp.  The first race of the season was last weekend, when 13 Moth Sailors gathered in Charleston to kick off the first event of the 2nd Annual Gorilla Rigging Winter Moth Series.

“It’s never like this” temps in the 70’s and major high pressure meant light air for the first event of the series; Friday was slalom racing where the moths started upwind and did a 5 buoy downwind slalom that lasted 3-4 minutes. Matt Knowles, Eric Aakhus, Brad Funk and Anthony Kotoun had a great final “battle royal” with multiple lead changes. Anthony found the puff from heaven for the win.

Friday night the Mothies attacked a college house party and later, trolled down King St.  With different sailors having different intensions the inevitable happened and we all got split u, but thanks to the Mothies’ love for GPS trackers and the Friend Finder iPhone app, we were able to rescue the wayward from likely tears, expensive cab rides, or walks of shame…The college party didn’t go as well as they used to; we got there as the beer ran out, and they quickly figured out that most of us were around twice their ages.

Racing on Saturday went along the same lines as the college party. We were all ramped up with nowhere to go.  We waited until 3 PM before having two “exhibition races”; welterweight USA Class President Matt Knowles took both bullets.

Fearing more failure amongst the playground of beauty and youth downtown, we resorted to beer and pizza at the club, burning up some of our competitive energy with some old guy vs young guys flip cup. The young guys took it two to one; unsurprising, yet depressing.  The fine southern gentleman of host club James Island Yacht Club then treated us to their “Lowrider Lemonade” double bourbon special. Not too bad! 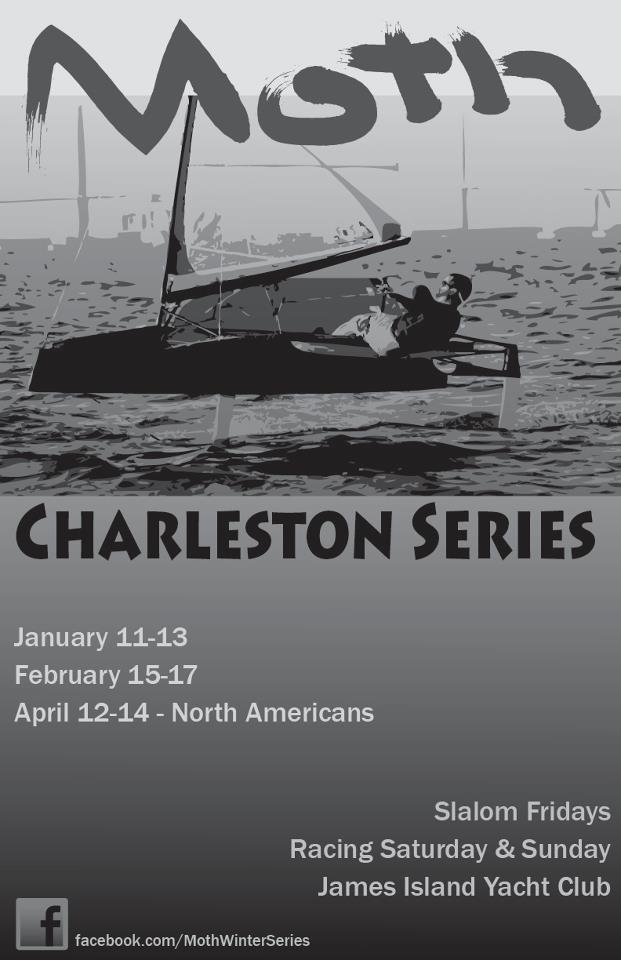 The high pressure kept its grip on Charleston Harbor on Sunday as well, but luckily, a touch of seabreeze filled; enough for us to do six AC reaching start courses. Brad Funk, Anthony Kotoun and Bora Gulari battled it out again and again with lots of lead changes and come-from-behind wins. Brad Funk took the overall with Anthony and Bora rounding out the podium.

The Moth Class continues to grow with each regatta posting better and better numbers. This event had three new sailors as well as competitors from Sweden and Australia. The Gorilla Rigging Series continues here in Charleston with event two in February and the North Americans in April.  For more, check their Facebook page.

the days of paper