no, you’re my favorite

One of our favorite Anarchist designers, Kevin Dibley checks in with his cruising favorite. Next? Why his racing favorite, of course… 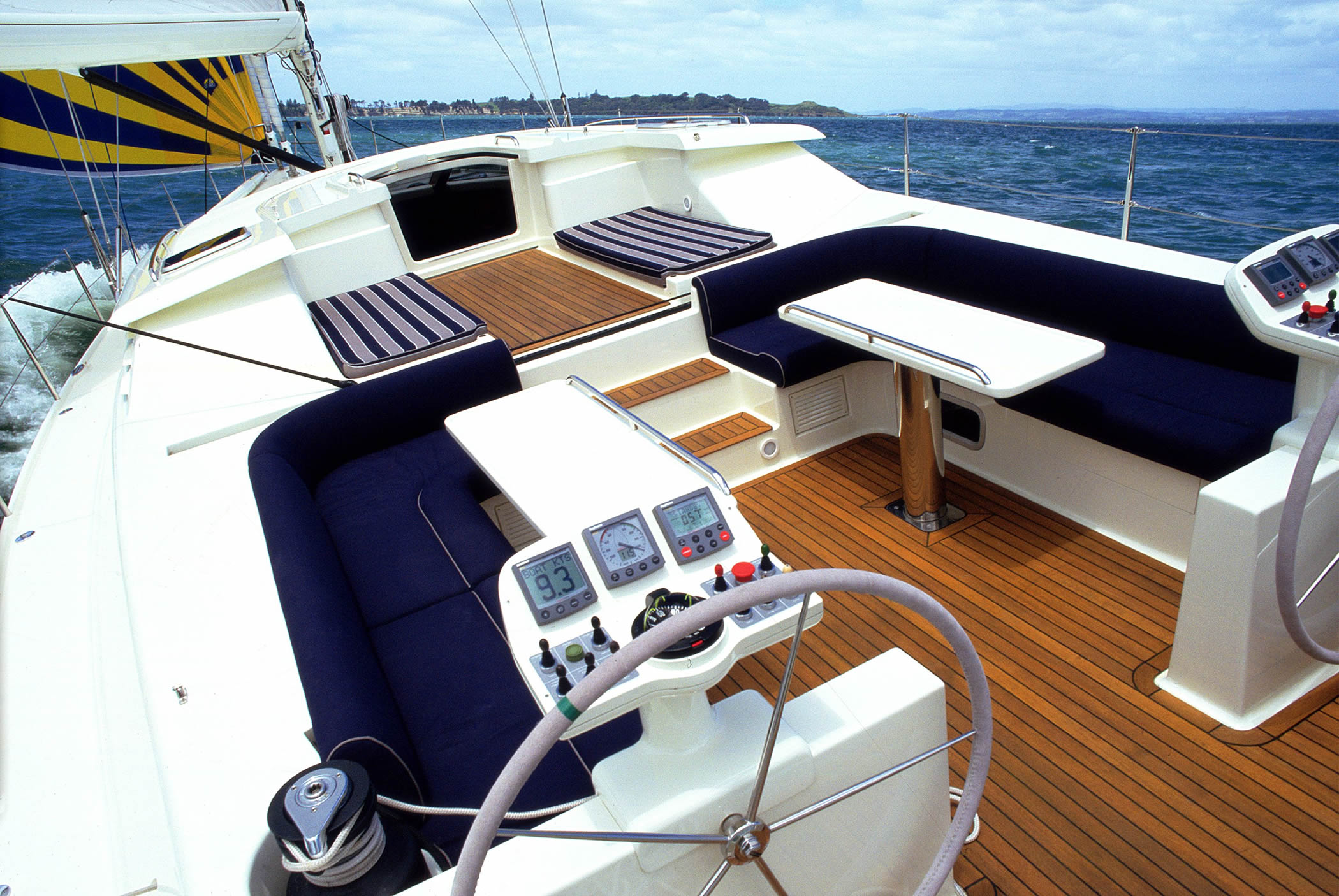 My fav Cruising design is the Commander 66 ‘Knight Commander‘ in that it was my first ‘high specification’ project where all sailing systems had to be hidden using captive winches, and she had to perform above standard Cruising Yacht standards. She was a fun project. Great owners and the builders can make a designer look great, and I had both on this project. The builder was Ian Vickers who went on to Americas Cup and IOM fame.

Her best speed was two sail reaching down the Eastern Coast of the North Island, on autopilot, with her skipper, Chris Maddock on watch, where she achieved 22+ knots in total control. Chris mentioned to us that he was unsure whether he should put his rum & coke down and do something, or just let her keep doing what she does best. He decided on the latter, but put his feet up in doing so.

My clients were two Kiwis that formed Commander Yachts to build the yacht. They sold her and moved overseas to retire, and Knight Commander was sold to Russians and re-named Lasca where she is now based in Istanbul.