Isn’t it cool to see the bitchin boats that the good designers have created over the years? We thought it would be fun and a bit insightful to ask some of the top drawers to pick their favorite design, and tell us why and to share a good story about the boat, the owner – whatever made that particular design stand out. We have asked Reichel-Pugh, Bruce Farr, Melvin and Morelli, Owen Clarke, Alan Andrews,  Judel/Vrolijk, Bruce Nelson, VPLP, Jason Ker, Tim Kernan and Bob Perry to participate. Anybody else you’d like to hear from? We  kick this series off with Mr. Perry: 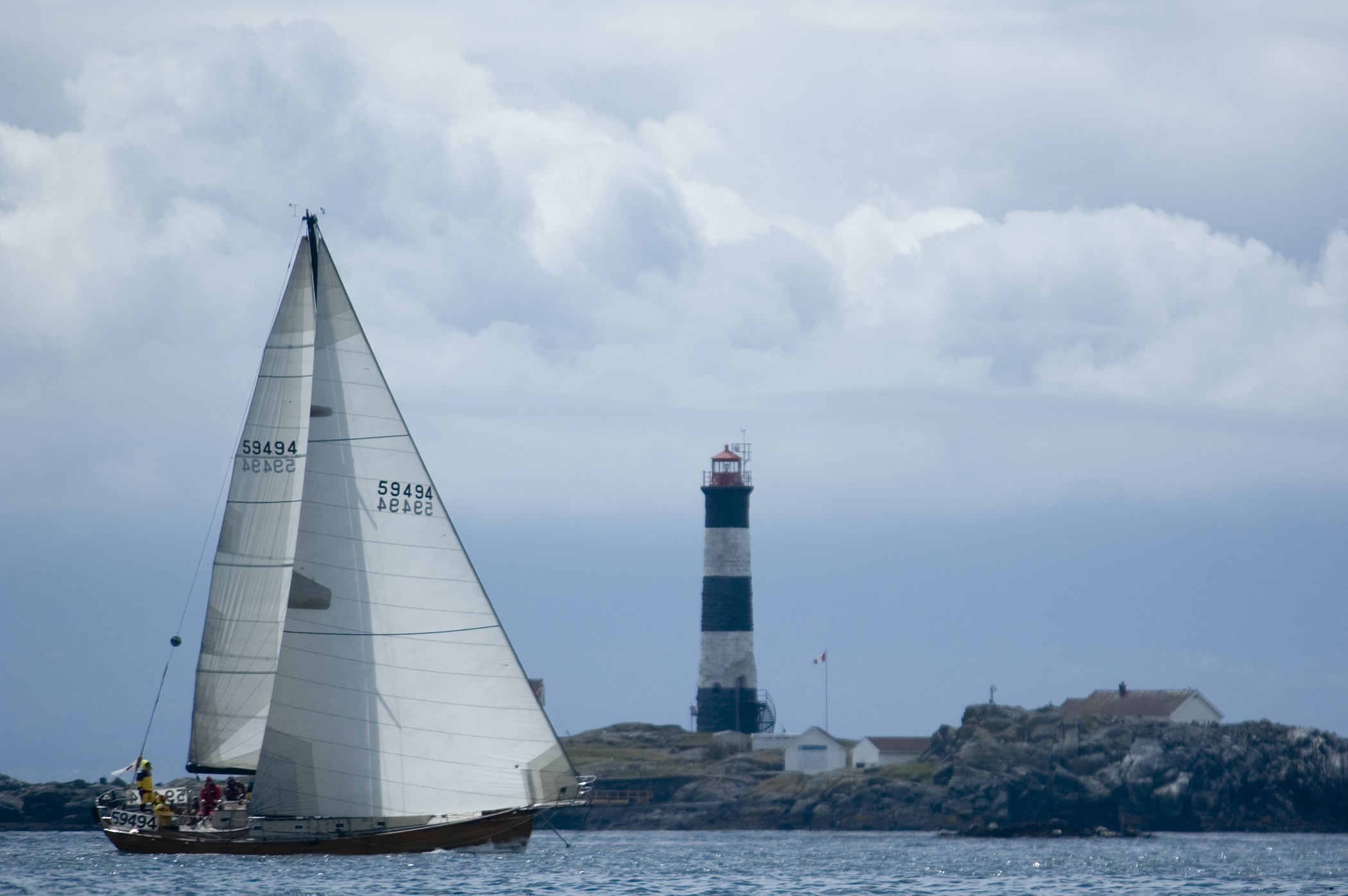 I’d choose Night Runner, Doug Fryer’s cold molded timber cutter built by Bob Lange in Port Townsend in 1979, the year my son Max was born. My design idea for Night Runner was a big version on an International 14 of the old style. Doug was going to build an existing  Bruce King design but I convinced him that a custom design was in order. I simply took all the styling characteristics of his present boat, African Star and married them to what I thought was a modern shape. I don’t know what Doug was expecting when he stopped in at the office to first view the preliminaries. I do know that when he first saw my preliminary sail plan he smiled a big smile. I had given him what he already liked.

Hard to say. I think the quality of a design can be best determined by how the owners uses the boat and how much he has used the boat. Almost every Friday afternoon as I drove by the marina on my way home from work I’d see Night Runner heading out of the marina for a weekend of cruising. Doug really liked the boat. In terms of racing Night Runner has been a consistent PHRF winner over the years with a win every major PNW event and in some events, multiple wins. There are just too many to list here.

Night Runner went through some evolution as we played with the keel depth and the ballast. But it has always been a very well balanced, good mannered boat. Night Runner has competed in the Single Handed TransPacs, several Pacific Cups and has cruised around Cape horn. While Night Runner earned a few nicknames like Night Crawler  and The Mayflower, it was always sailed hard, sailed well and in contention for the win. On top of that, when you sailed with Doug Fryer you had a good time. Always. A couple of 151 proof  “ritual rums” after the race would wash away any small tactical or sail handling errors and send every crew member home smiling.

So, if I am correct and owner satisfaction is the true measure of a yacht’s design quality then I’m safe going with Night Runner.

At Night Runner’s 30th anniversary party I was talking to Doug’s wife. I asked her if Doug had given any thought to a new design. She said that was an idea she had brought up as she would have liked a boat with more crew comfort and shelter in the cockpit. When she brought up the idea of a new boat to Doug he told her, “You are going to have to drag my dead lifeless body off  Night Runner.”