The dedication to service and sport from our friend Urban with Challenged America is like no other. We don’t often ask members of our community for help, but we really urge those of you who are able to help to do your best to do just that. – Ed 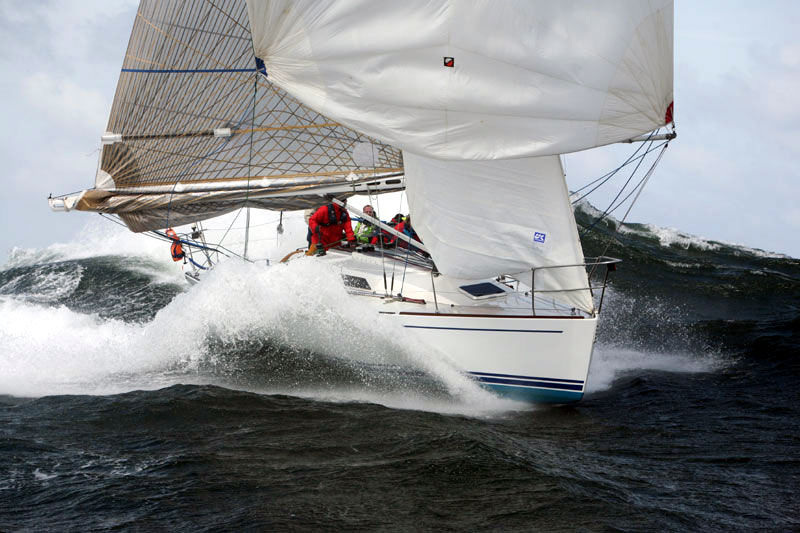 The last time Team Challenged America did the bi-annual Los Angeles to Hawaii ocean race was 2005 and, since then, we have been attempting to do this Transpac Race again. We are excited to announce that Challenged America will once again be competing in this legendary race this coming July. Our pre-registration for the 2013 Transpac has already been submitted … and the first public announcement will be made by the Transpacific Yacht Club shortly.

General Information (as of today):
1. Vessel: We will be using the Transpac-proven Tripp 40 “B’Quest,” with modifications/refitting to include roller-furling spinnaker and Genoa. (Note: We are still trying to acquire a larger vessel for this race.)

2. Crew; Due to costs, Team Challenged America will be entering the “double -handed” division, with David Hopkins and myself (Urban Miyares) — both of us being military veterans with disabilities — as the crew.

3. Race: The Transpac is a 2,225 nautical mile race from Los Angeles to Honolulu, with our anticipated start to be on July 11, 2013. Plans are to do the race in under 13 days, depending on wind and weather.

4. Cost: With the modifications (mainly sails, rigging, fittings, electronics and a crew of only 2, we are now estimating the costs to be a minimum of $150,000 for this entire campaign.

WE NEED YOUR HELP!

With Transpac only 7 short months away, we have much to do, and your assistance would be most appreciated. Could you help us by being one of the “Team” members as we develop our committees to handle different needs of this Transpac campaign, to include fundraising?

Time being of the essence, can you respond by email to let us know of your interest and availability. Once we’ve heard from you, we will schedule a Team Challenged America 2013 Transpac” organizational meeting to develop the strategic plan and address questions. If you do not live in San Diego, but would still like to help, let us know, and we will keep you updated and in communications with all the other Team members and what the current/urgent needs are.
We eagerly look forward to your response and joining us on the adventure to Hawaii.
Aloha and Mahalo,